It doesn’t really come as a surprise if we state that Belgium’s National Day is kind of the same every year: the King’s speech. Formal national ceremonies. And the national military parade. However, this year, few minutes after the military parade somebody posted an instant hit on Facebook: a Belgian tank and its soldiers passing by the Drive in at Quick to get some fries and burgers! The Facebook post quickly conquered the internet. It soon became the main topic on all National TV channels and in all national newspapers. 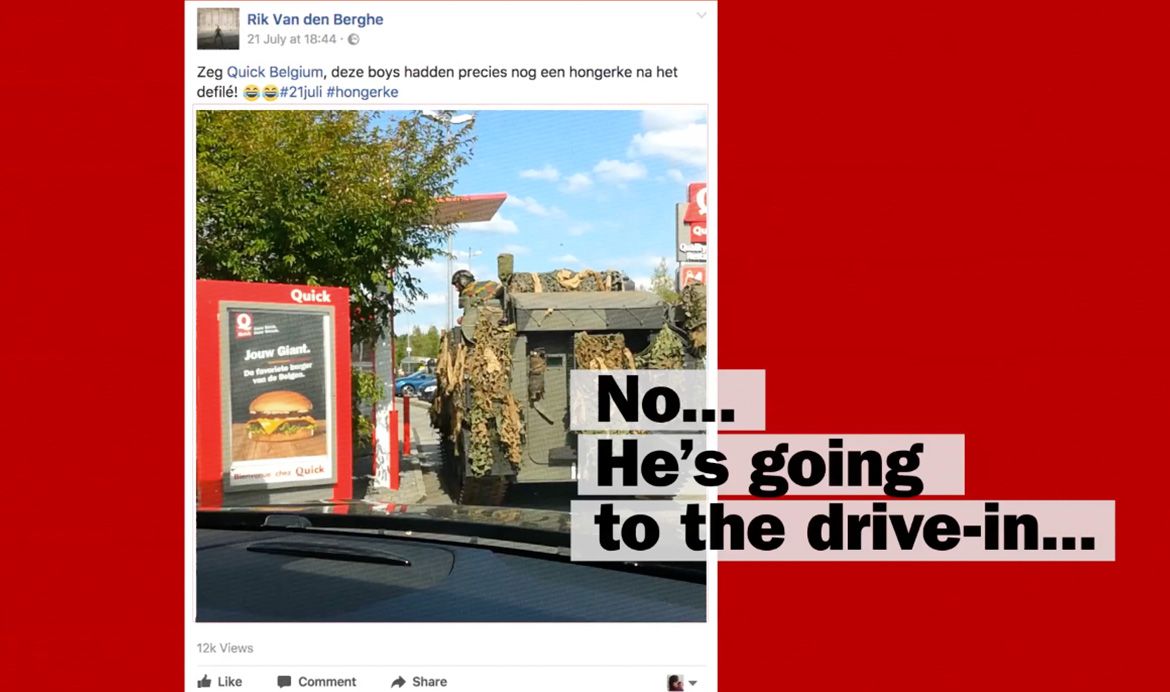 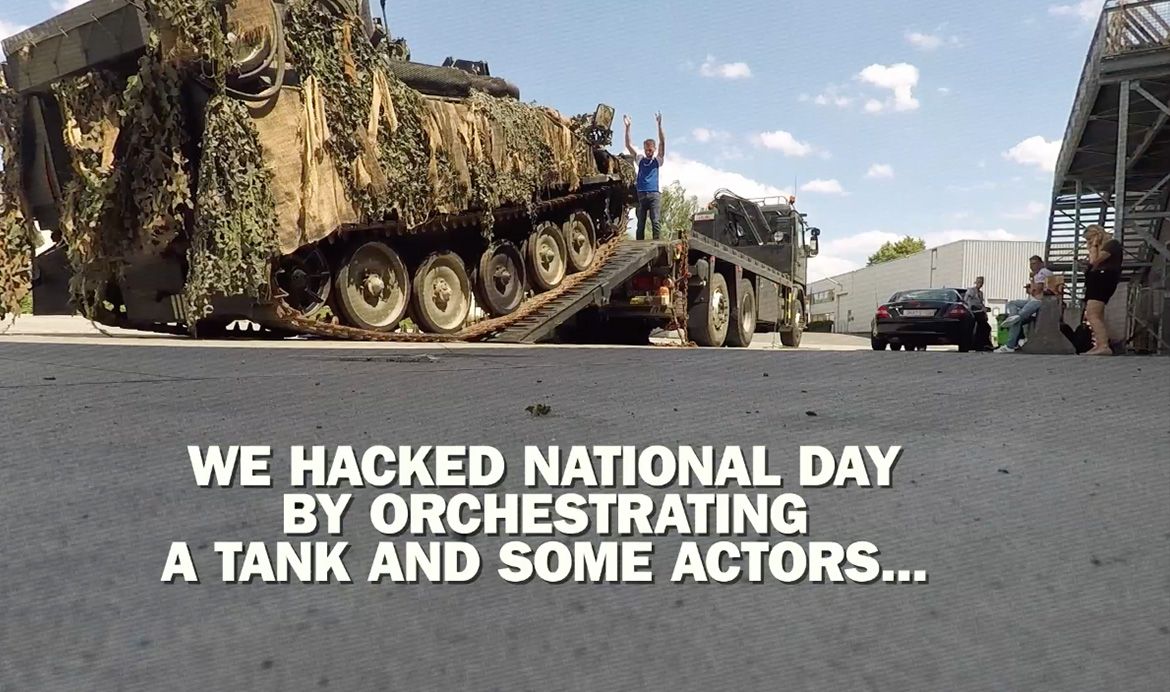