Why Its OK to Play

Slotomania is a mobile game. Unlike other slot games, Slotomania doesn’t allow you to win actual money. The game works with virtual coins.

Insight: We all need some me-time. And we all should be able to spend that me-time the way we want. Research however shows that people playing a mobile game while taking me-time tend to feel guilty. Slotomania wanted to counter that feeling.

To take the feeling of guilt head on we created 1440 films, one for each minute of the day, always reminding people why it’s ok to play that very minute. And by doing so, we took away their feeling guilt, with a touch of humor. To jumpstart the campaign we created a microsite: whyitsoktoplay.com. A real-time data-driven clock of content, perfectly in sync with your time zone, that shows you 1440 unique films, with 1440 whimsical reasons – based on real facts - to play Slotomania. Turning each film into a unique insight and a reason to play, without guilt.

All 1440 facts about all 1440 minutes were turned into unique stories and via a ‘train of thoughts’ brought to a unique reason to play Slotomania, without a feeling of guilt. Resulting in 24 hours of unique data-driven content.  The entire production – from data gathering till finished movies - of the 1440 films was done in 8 weeks only. To achieve that a small army of copywriters and creative directors were needed to script everything. Then we wrote an algorithm and allowed automation to help us out. 6197 stock clips were automatically generated based on keywords in the script. All the other words written were adapted into an automated  kinetic typography. 30 editors did a human finishing touch, together with 35 hours of Voice off recording. 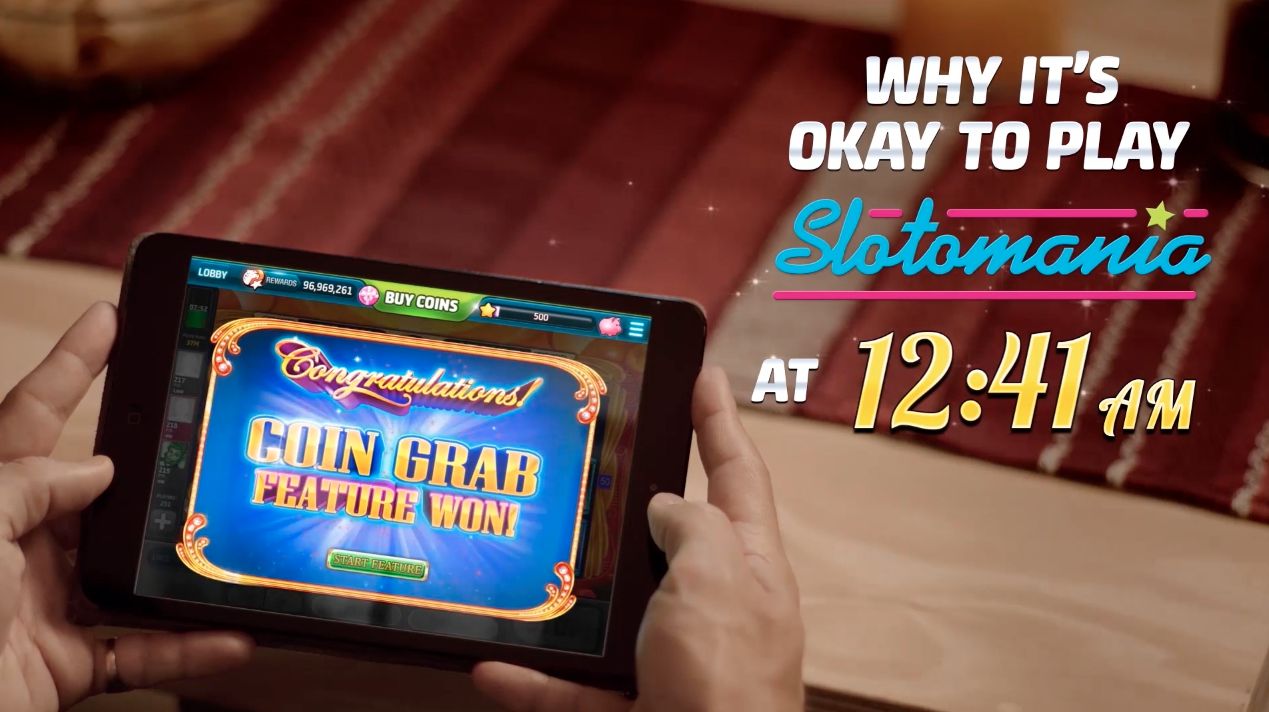 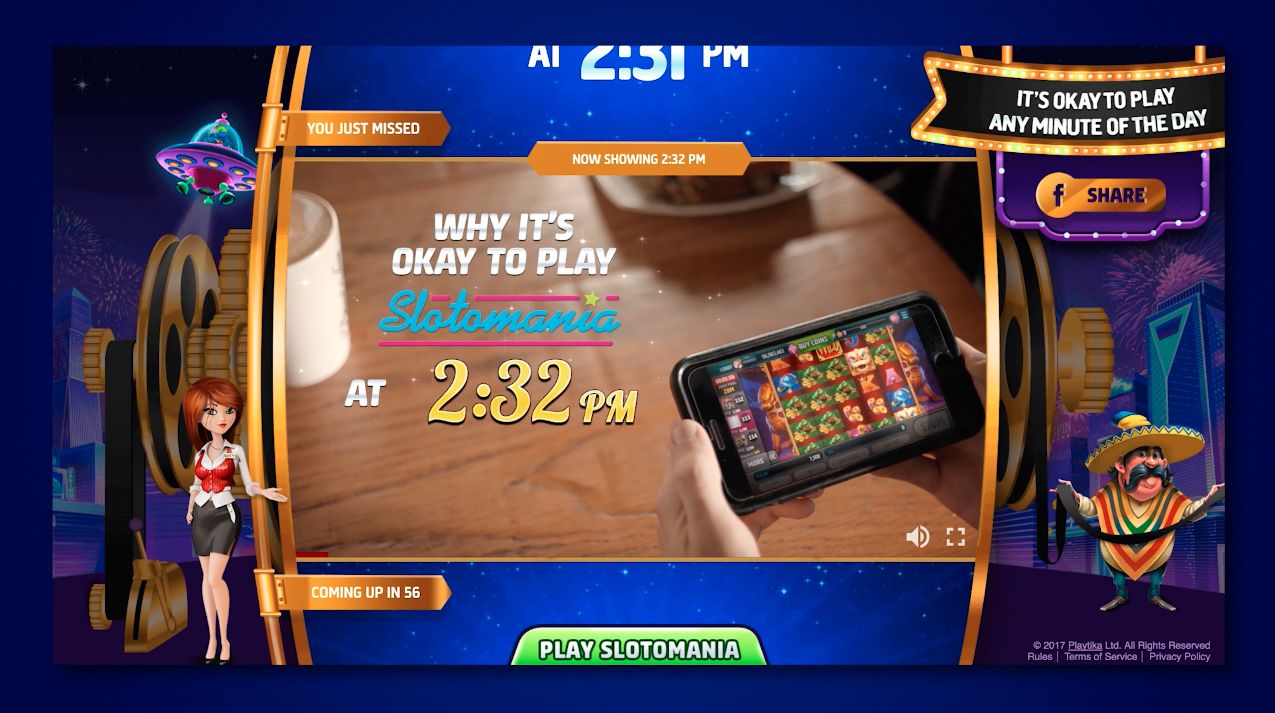 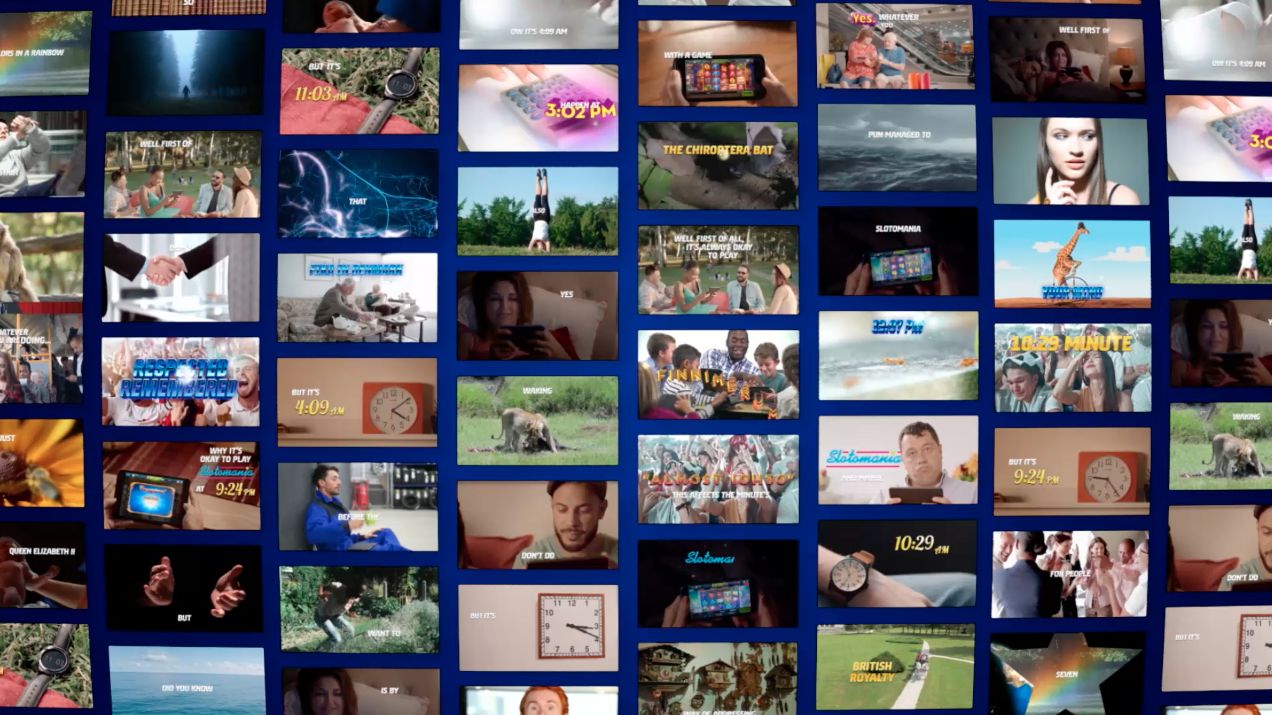